Traffic traveling along U.S. 378 will not be affected by any of these closures.

Traffic will be directed to detour along East Calhoun Street to U.S. 401, then on to S.C. 81 (East Brewington Road) and back to North Main Street.

Motorists are asked to avoid this section of North Main Street if possible during these temporary closures. Signage will be in place to show the detour route.

Sumter County Government, the S.C. Department of Transportation and the Palmetto Corporation are working to improve traffic flow in this area as part of the County’s Capital Penny Sales Tax, also known as the Penny for Progress. 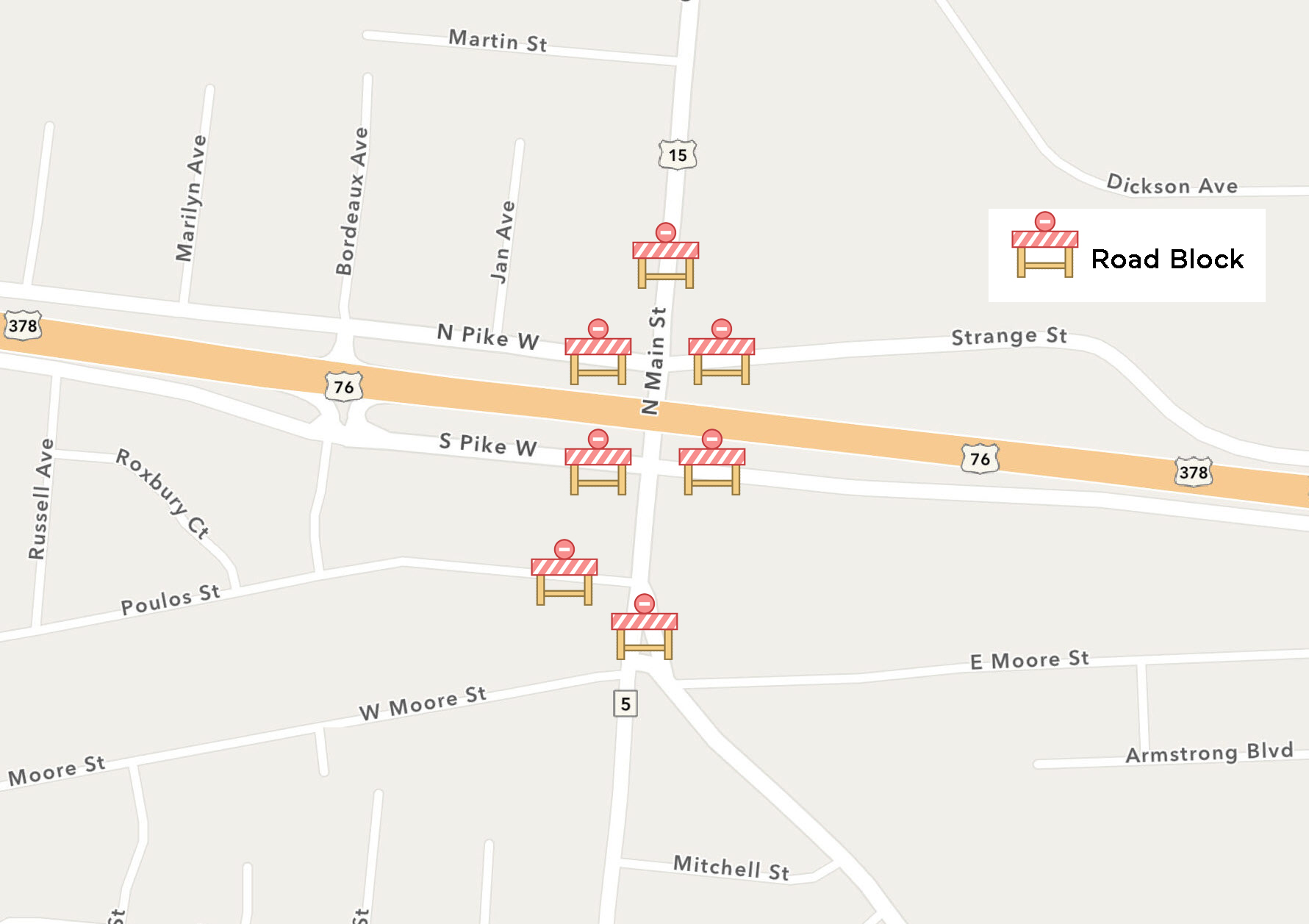 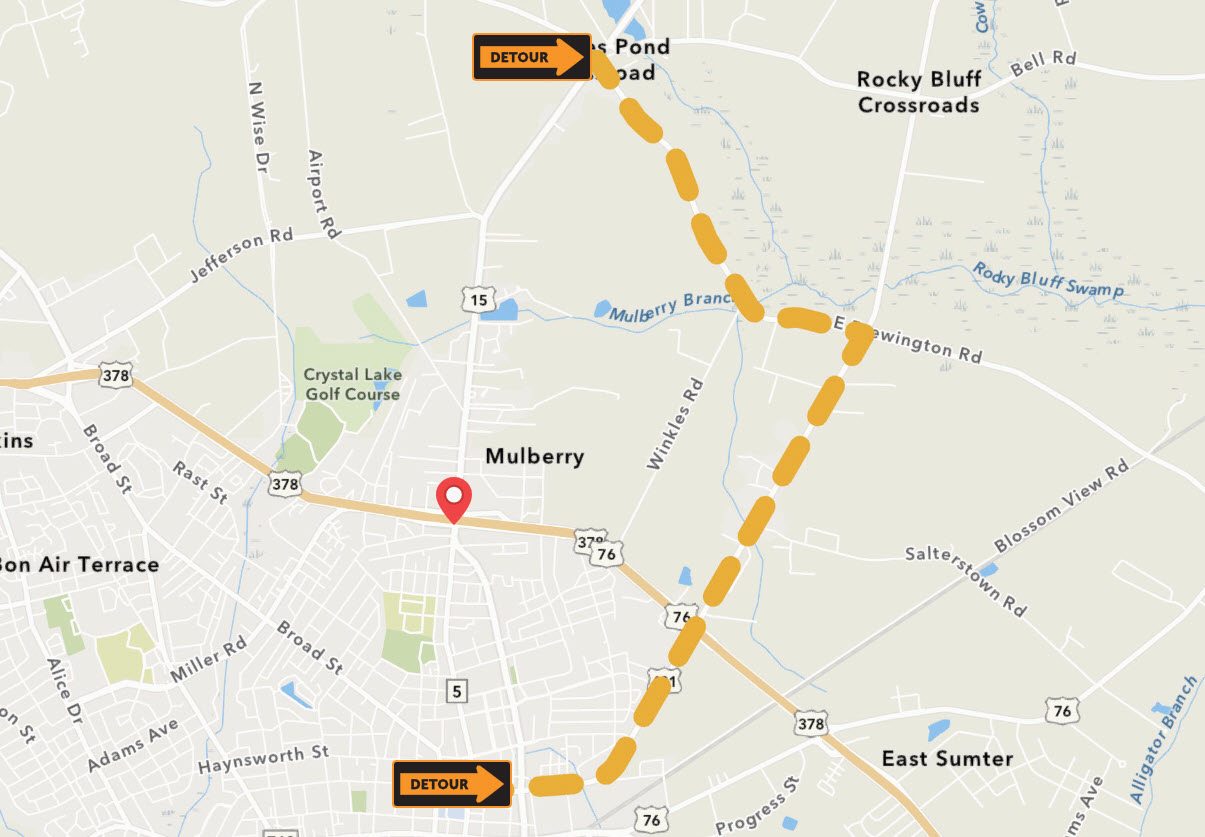