SUMTER, SC (March 18, 2019)– The City of Sumter will be hosting its second series of public meetings for the development of a Downtown Sumter Master Plan, April 1-3, 2019. This plan will be first of its kind for the Downtown Sumter area.

The series of meetings will include both public drop-ins, designed for target community groups as well as open houses where consultants will be presenting information on topics such as land use & design, economic analysis, transportation among others. The public is invited to attend any of these sessions.

“This plan builds on the historic character and recent investment to create an inclusive, active, and prosperous Downtown Sumter,” stated Howie Owens, Downtown Development Manager. “We want to make downtown the true heart of the community.”

All meetings during this phase will be hosted at the City Centre, located beside the Sumter Opera House. The Schedules is as follows:

The City began this process in January of 2019, where they outlined the goals of this master plan document are to:

The online public survey will remain open until April 5. To complete the survey, visit www.downtownsumter.org. 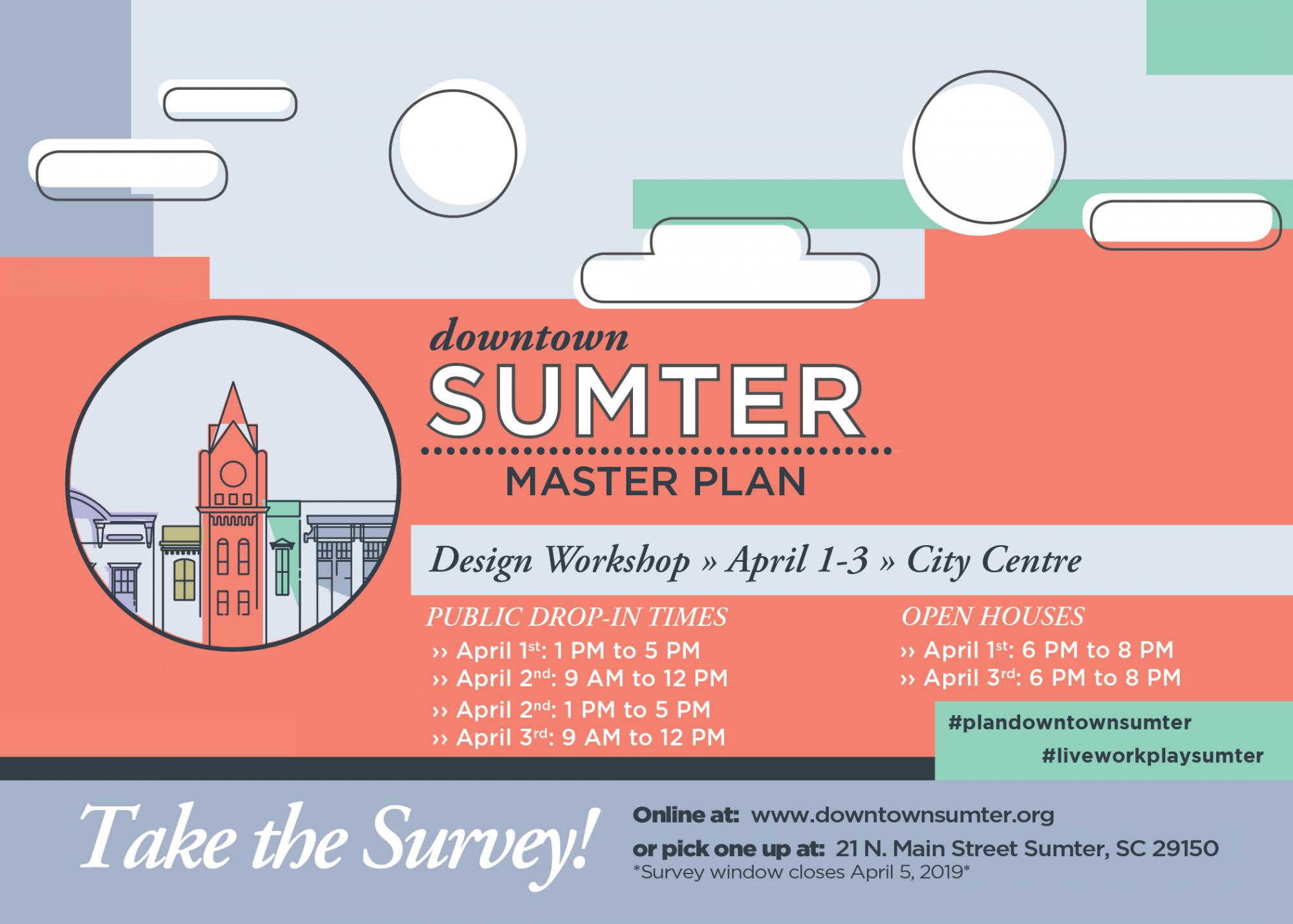