Welcome to the Shaw Sumter Family. As you PCS to our community you will soon discover that the people of Sumter have great patriotic pride in supporting the base mission, military personnel and their families, with an overwhelming display of support for deployed personnel and their families. Base personnel return that support to the community through their unselfish work to improve the quality of education, medical care, spiritual life and humanitarian activities.

We work very closely with Shaw, on a daily basis, with a team of current and former elected officials, city personnel and military retirees in support of Shaw’s airmen, soldiers and their families. We continuously strive to keep Sumter and Shaw’s reputation at the forefront of the DOD base preference.

Sumter has an active land protection program around Shaw AFB, to date we have secured over 3000 acres of land surrounding the base to keep development from encroaching to close. Land use near military installations is always a concern. New residential and commercial development along with increasing competition for land, airspace and water access can constrain training, testing and other military base activities.

We also partner with Shaw through the following programs: 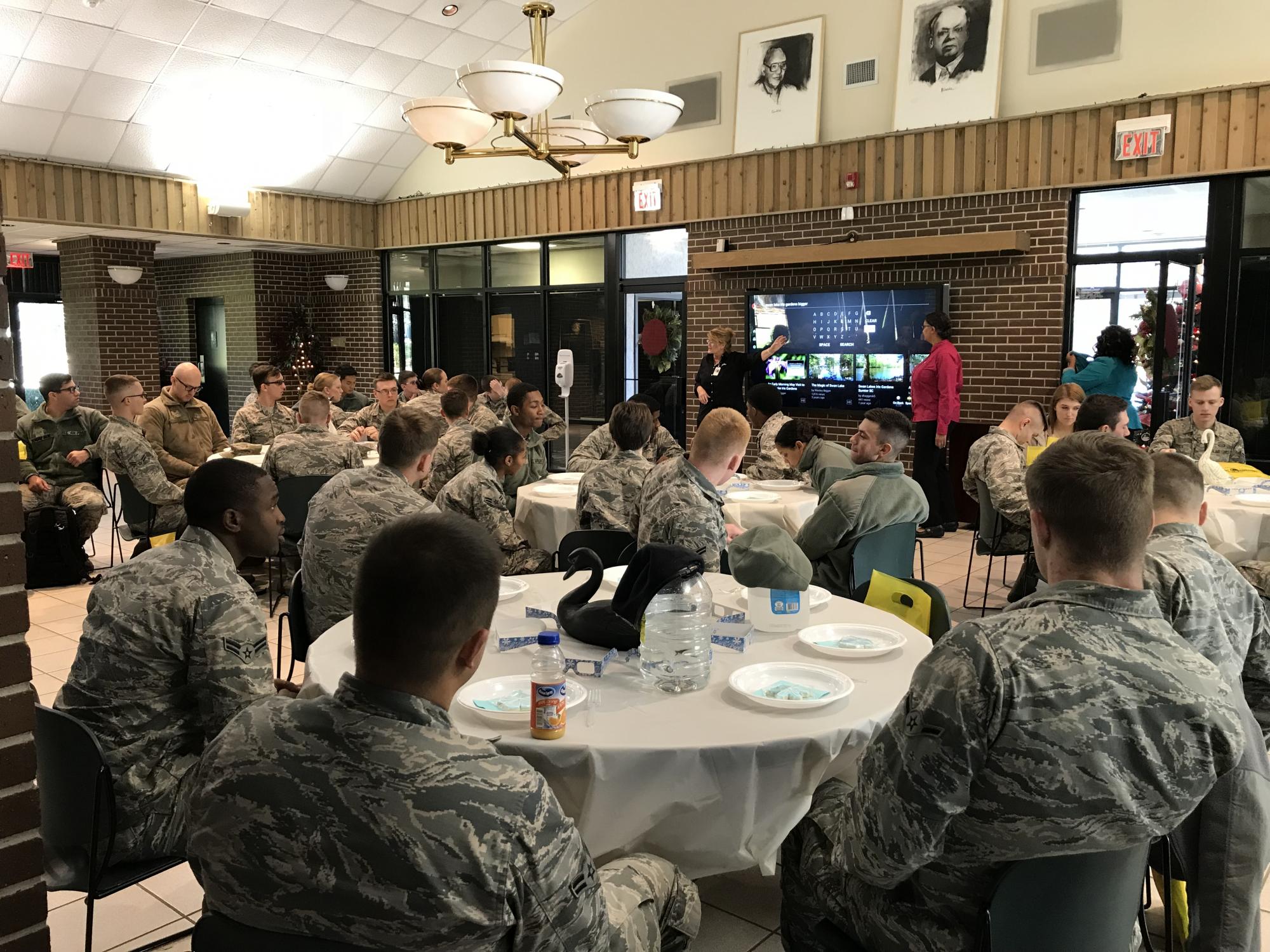 Out of the eight (8) major military installations in the state, Sumter has the third largest military presence by total volume of military-related activity (behind Charleston and Columbia).

Welcome to the Shaw-Sumter community!

Resource Guide for SC Veterans, Active Military and Their Families