RedClay USA is the leading U.S. organization promoting the advancement of red clay tennis in America and an authoritative voice for introducing European red clay courts as a "new" sport and lifetime cultural activity.

“We eagerly look forward to working hand in hand with Sumter and PTC to create the finest high-profile and leading-edge tennis facility in North America,” stated Brian Osterberg, CEO of RedClay, USA LLC. “We believe the leadership exhibited by Sumter will spearhead a change in American tennis.”

The PTC is one of the largest facilities in the region with 24 lighted hard courts with state-of-the-art Deco Turf surface. The facility is known nationwide for the consistent speed of play, true ball bounce, durability, low maintenance, vibrant long-lasting colors, and overall customer value. The facility hosts on average 15 tournaments and events annually, boosting the local economy by more than $18 million annually.

Red clay courts are known worldwide to be more favorable to players by allowing them to slide into shots, therefore reducing stress on the body. Red clay is also known to aid in skill development, as it presents players with slower ball movement to allow for better balance and control.

According to the Director of Tennis at PTC, Clemson University plans to hold a NCAA Division I match at their facility, when the new RedClay pro™ courts are open. In addition, an International Tennis Association event, which includes 32 singles and 16 doubles, hosted by The Citadel and coach Chuck Kriese, are in planning for the new courts as well. 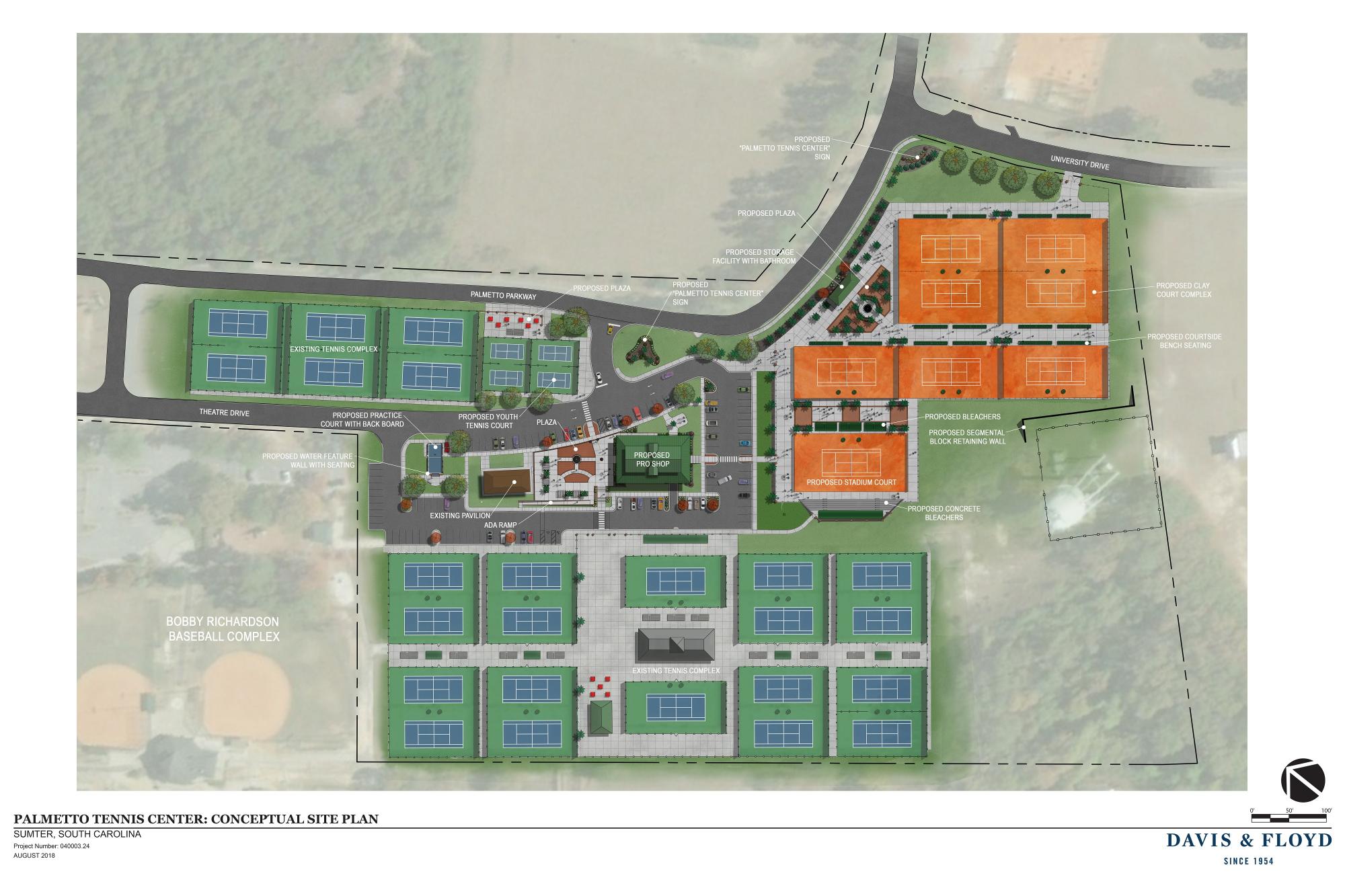