The Mayor is elected at-large with six Council members from individual wards. The Council’s only employee is the City Manager who serves at Council’s pleasure and administers the day-to-day responsibilities of the City.

City Council meetings are held the first and third Tuesday of each month (except the first Tuesday in July). The first meeting of each month, the meetings are held at 1 PM, while the second meeting is held at 5:30 PM in Council Chambers on the 4th Floor of the Sumter Opera House, 21 N. Main Street (enter thru the back parking lot, Water Department entrance, and take elevator to 4th floor).

City Council hosts a public comment period at each third Tuesday meeting. While all public are invited to attend each meeting, only City residents or those who have a financial stake in a property within the City limits may comment. 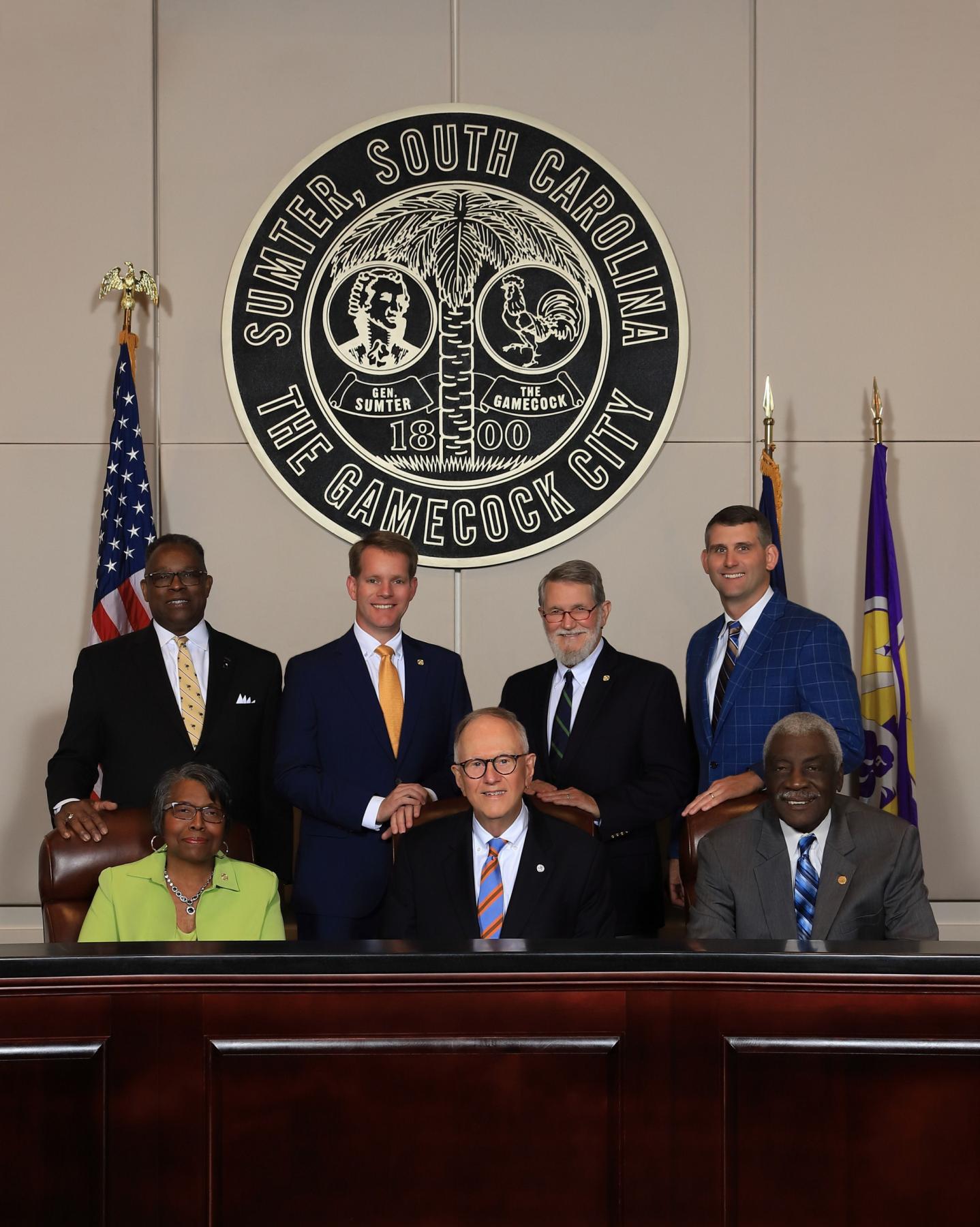