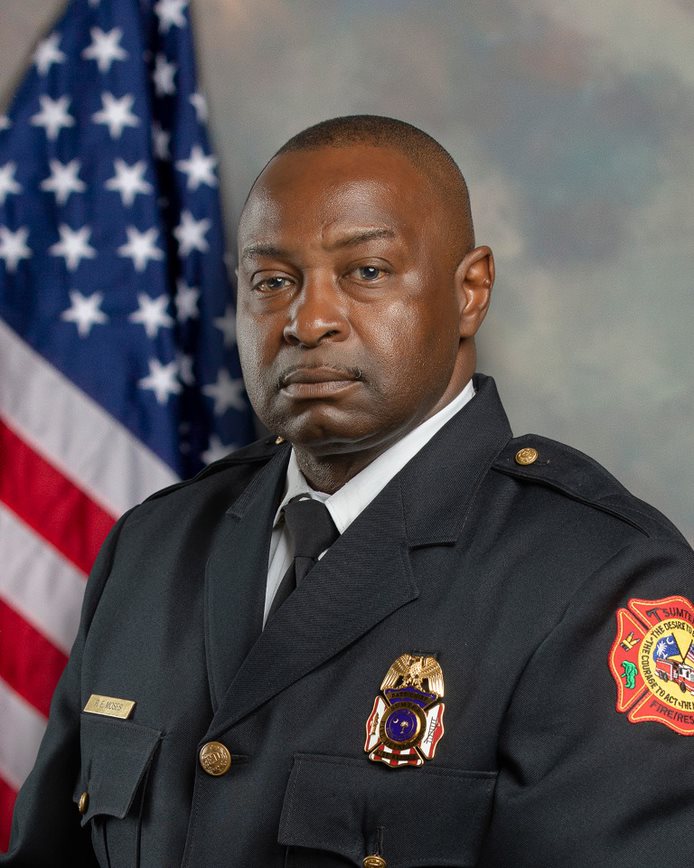 Battalion Chief Robert Moses joined the United States Marine Corps in 1987 and honorably served his country for four successful years as a Corporal. When he returned to Sumter, Battalion Chief Moses put his passion for community and assisting people into his employment, leading Robert to the Sumter Fire Department. In 1991, he was hired as a career firefighter. Robert has obtained the operational ranks of Firefighter, Firefighter II, Firefighter III, Engineer, Engineer II, Lieutenant, Captain, and Battalion Chief.

Robert has been married to his wife Deborah since 1995. Together they have one son, Preston.